It’s been getting cold in Seoul. Yesterday night I was freezing – I think it was about 30 degrees. And it looks like the chill has decided to stay another day because it’s equally cold right now.

Yesterday, I had my final meal with my aunt and cousin before I left to embark on the rest of my adventure in Korea. We had some traditional Korean food at this restaurant – seafood jigae, steamed egg, lots of sidedishes.

Afterwards, my aunt wanted to stop by the Paris Baguette bakery (they have one in LA too) to pick up some stuff. I don’t know why but I thought there were more selections in the Seoul location. FYI, there’s a Paris Baguette every few blocks – makes me want to eat cake every time I see this place. The bread is soft, light, and moist. The frosting is light and fluffy – nothing like typical heavy butter-cream frosting back in the States. 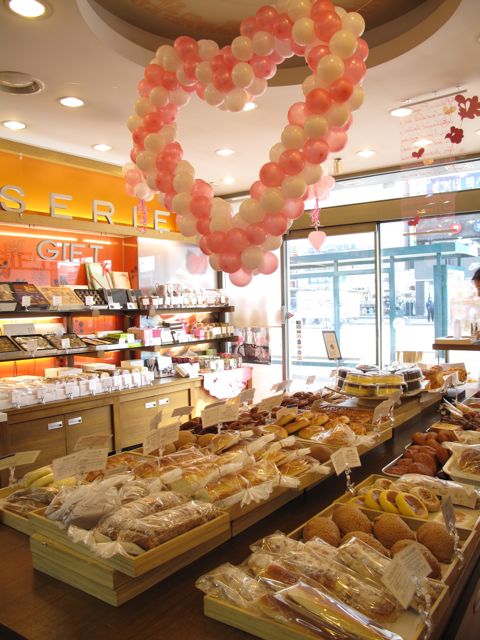 As we were driving, I yelped when I saw the Seoul Cartoon Museum and Animation Center. My cousin took a sharp u-turn so I could check it out. I think the museum was closed but we went in anyway — no one said anything so we walked around. Saw these guys setting up a new installation. 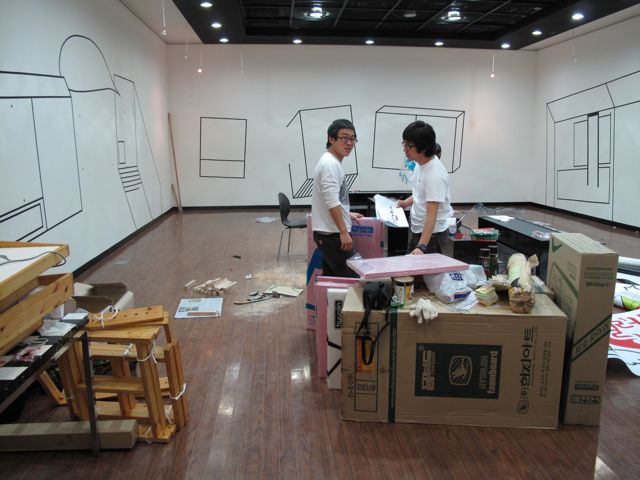 In the evening, I met up with new friends. By the way, I’m so grateful for friends and friends of friends who have been great at connecting me with some locals. We went to the Hongdae area to eat… eat… and eat!

Along the walk we saw a lot of the food tents. I love food tents. I think it’s because of the Korea dramas my mom watched while I was growing up. I’d always see scenes that took place in a tent or right outside of it. Often the scene would depict people who were drunk and something unexpected would happen… awkward glances, someone professing their love, rage… but some sort of truthful moment seemed to show itself at the food tent (mixed with some soju). Anyhow, didn’t see anything like that when I was walking around but I still got excited seeing these tents. 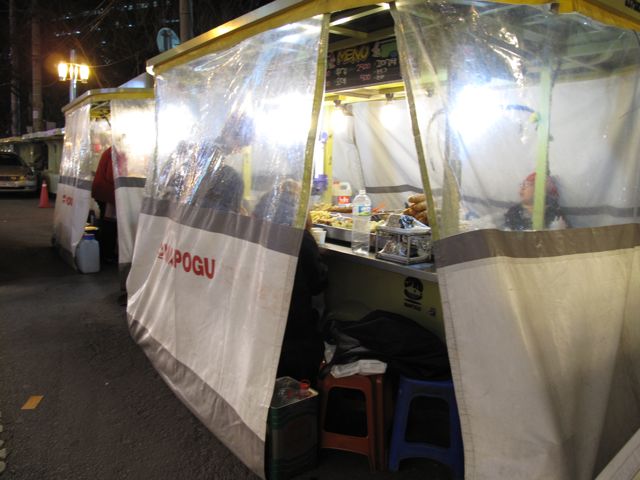 What would Korea be without the noraebangs (karaoke). Raina, I know if you were here you’d make me go in and sing. Alas, since you’re not here… I didn’t. But I did snap this shot for you.

And finally, to end the night we went out for some tea and hot chocolate. Here’s my chrysanthemum tea. So pretty!

Well, that’s my day so far.

From here on out my posts will be more spread out since my program starts this evening when I check into the hotel. Right now, I’m going to take a walk in Itaewon.