One of the highlights of my trip to Korea was the street food. The smell, the taste, and the sounds that went with the food was an experience in itself. There’s no way to replicate something like that… but let me tease you with what I could capture in this entry.

When I walked around at night looking for some street food eats, I noticed how the city came alive. The lights livened up the concrete architecture. The outdoor markets were overflowing with people at all hours. And the street vendors had some clever ways of selling their tchochkes.

But OK, you’re wondering – where’s the food? Well, I ate plenty of street food and here’s the evidence! Bon appétit. 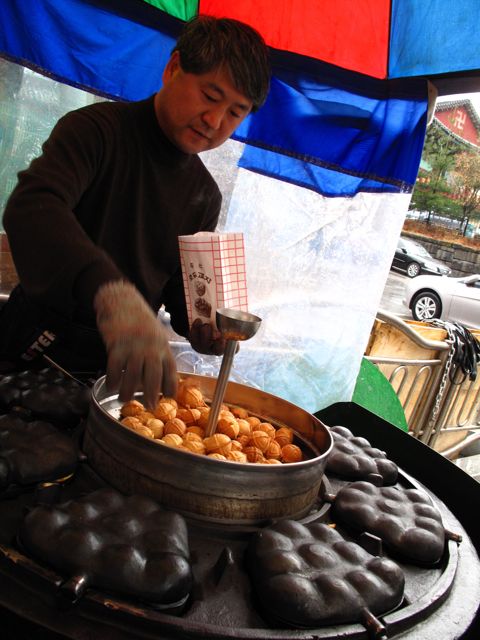 Above, you’ll see this yummy bread that is baked in a walnut shape with a dollop of red bean called hodu gwaja. They say it’s a type of cookie but to me it seemed more cakey/bready. On a cold day, the smell of the hodu gwaja is very comforting. The best is when you bite into it and it’s slightly crispy on the outside and it’s soft and warm on the inside. Note: I’m salivating while writing this.

In the Namdaemun area is this steamed bun place. So good! I remember seeing the steam before I could see the food. They served pork steamed bun and also red bean steamed bun – I ate one of each on my trip. Delish!

Walking around the street markets is great because how you use all your senses. On this one path there were food stalls right next to each other and the scents of savory dishes would morph into sweet. Below, you’ll see the common dukbokki stand. 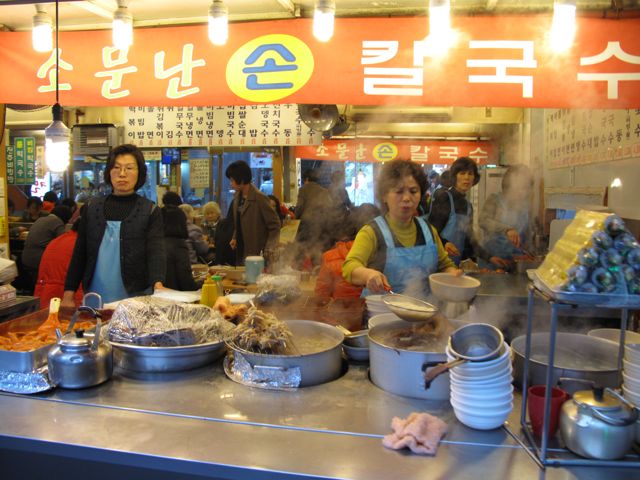 Who doesn’t love food on a stick? 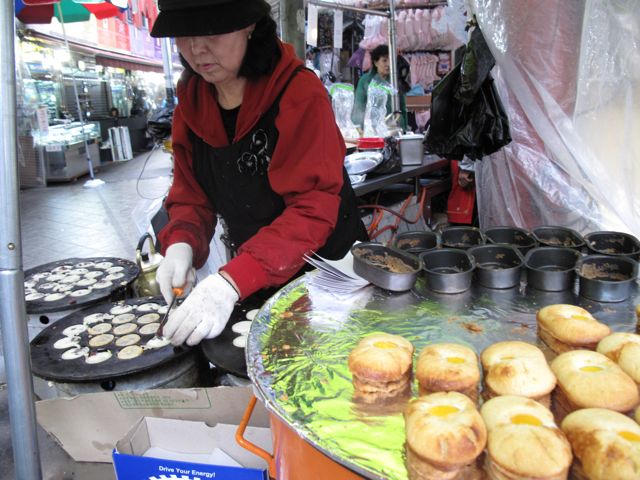 Waffle stand in the underground subway station. I didn’t know waffles were so popular in Korea. 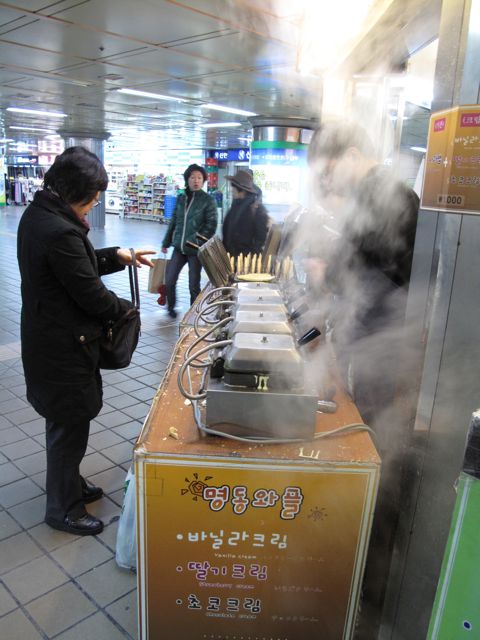 The one street food item that I couldn’t eat is the silkworms below called beondegi. I hear the taste isn’t that bad but I couldn’t get over the scent because it was so unfamiliar to me and didn’t quite smell sweet or savory. Perhaps I’ll give it a try next time I visit Korea. However, I did eat the Korean style hot dog on a stick in the background.

Below was my favorite street food called hotteok. You can see it looks like a mini-pancake and it tastes sweet. There are several types of fillings you can choose from buts to squash… I chose the honey. Mmm… so good!

This guy has a stand in Insadong and serves up a Japanese/Korean style chicken shish kabob. The chicken had furikake sprinkled on top and you could choose to have the a brush of the Korean style spicy/sweet paste. The best part of eating  the chicken off the stick is that you can come back and hand the skewer over to the guy and he’ll cut it shorter so it’s easier for you to eat it. Brilliant!

I learned that Koreans love delivery. Even McDonald’s delivers! A resident told me that in the springtime you can call for delivery and have them deliver just about anywhere – like the college campus or even the park. I wish we had that in the US! 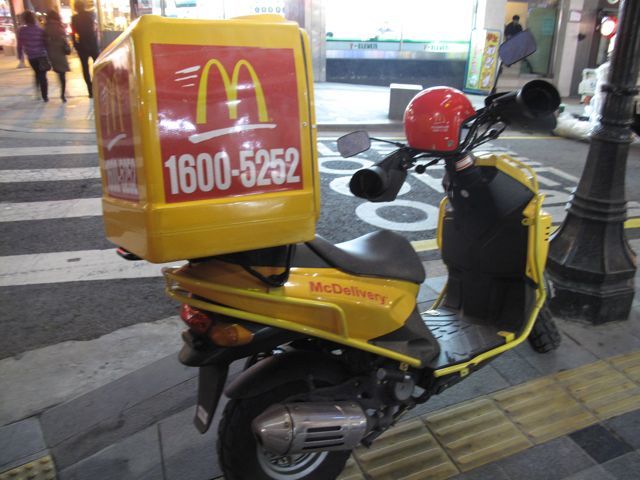 And I know you’re wondering why I’m still stuck on McDonald’s… well, I was told by my cousin that I should eat the bulgogi burger in Korea. How could I refuse? I don’t go to McDonald’s often in the US but I find it interesting how the chain has tried to localize itself in different countries – hence the bulgogi burger. My review? It was sweeter than what I expected but it worked out well next to the salty french fries. I’d do it again! 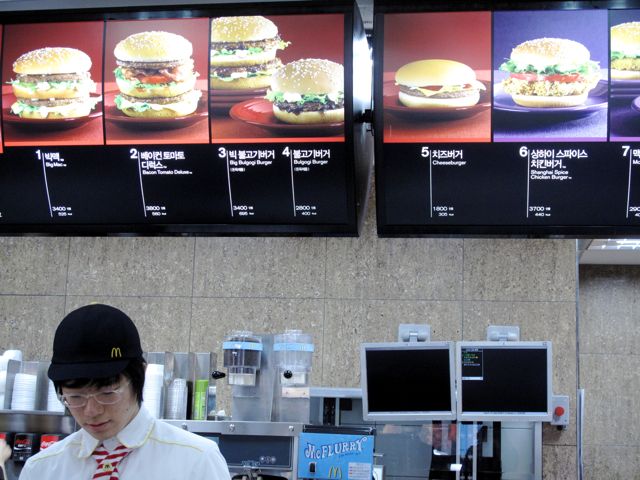 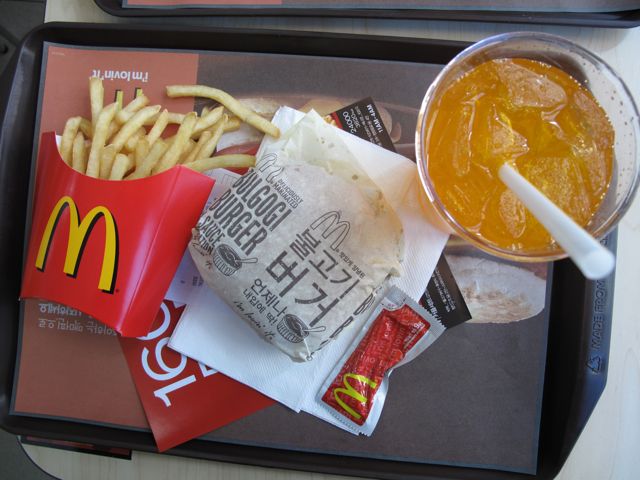 Hungry for more? Alas, this is it for my Korea food posts but stay tuned for other highlights from Korea like my trip to the DMZ and other cultural highlights.