Last month, I wasn’t in Montana on vacation – I was there to learn about the impacts of climate change for work during the Society for Environmental Journalism conference. I know I rarely overlap my day job as a public radio producer for Marketplace’s sustainability desk on this blog but I couldn’t pass up the opportunity to show you the amazing beauty in America.

On my first full day in Montana, I was lucky enough to be part of a group of journalists who went to see Glacier National Park. The bus left at 6:00am and we drove three hours north to see this pristine land. Some background…

You can understand why, SEJ had their conference in Montana. It’s hard to deny the climate is changing when scientists and park rangers who work in the parks see it for themselves.

We arrived early in the morning to Lake McDonald which is the largest lake in the park. I admit it felt magical being there so early – the fog hadn’t yet burned off and when I looked out on the lake, all I could see was white. 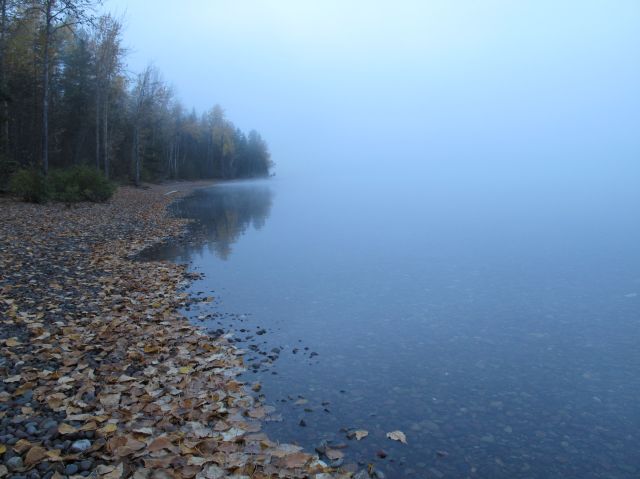 We were lucky to have park guides and experts give us talks at our stop. We learned about the history of the park and how fires, melting of glaciers, and the changing climate has taken its toll on it. 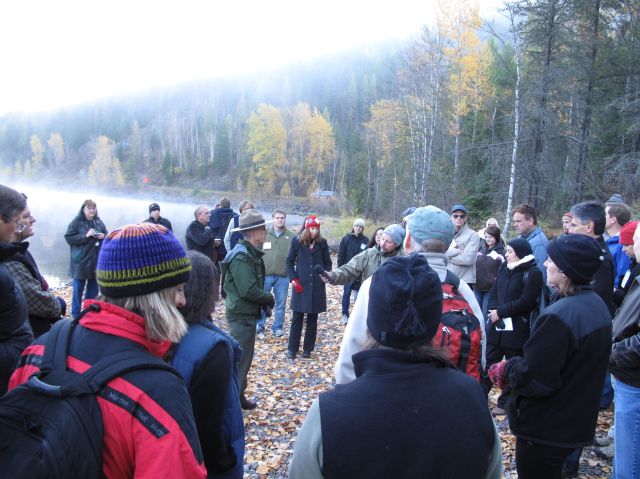 But the one scene that truly took my breathe away that morning was when the mist started to burn off and we looked out on the lake to the Continental Divide – suddenly we saw a peak. It was breathtaking.

From here, we drove towards a river where we had lunch and took in the fresh air – a rare treat for an Angeleno like myself. The talks we had were very informative but I admit the hike we went on really put everything in perspective for me.

Here are some photos from the short hike we took on the Avalanche Lake Trail. Alas, we were behind schedule so we didn’t make it to the lake but I promise that the following photographs are still impressive. 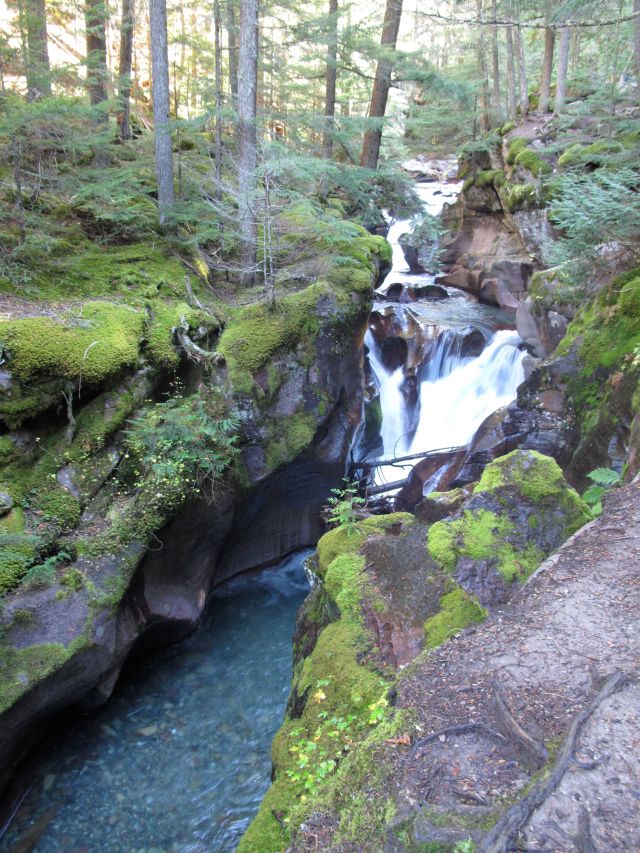 On our way back, the fog had finally burned off so we went back to Lake McDonald to get a clear view of the Continental Divide.

Does he photo look fake? I swear to you that it isn’t. It’s a scene I had seen many times in nature magazines and websites but to see it in person – it felt unreal.

Being from Los Angeles, I joked that I felt like I was staring at a Hollywood backdrop. Why? Because it looked perfect. I had to take a wide shot to show people back home that what I saw was real.

I admit while snapping photos, I wondered how this scene would have looked 25 years ago – more snow on the peaks? More water in the lake? It all felt so fleeting standing there looking out on the lake. Not all of us will see the direct effects of climate change like this. Some of us will see the summers getting hotter or winters getting longer. Others may see the change through food production or rising costs of energy. My question is, what happens next?