Low on cash but want to impress that special someone? I highly recommend grabbing a few tacos and drink from a taco truck in Echo Park (my truck of choice is Tacos Arizas on Sunset and Logan Street). With food in hand, walk down Logan to Echo Park. Ever since the Echo Park reopened in June, there been new energy and life in the neighborhood. More people having picnics, kids on bikes – and the smell of delicious BBQ subtly making it’s way through the air. Plus, there are some great benches to sit and enjoy each other’s company. Happy date night!

Last month, A colleague of mine asked if I wanted to go to the Pop-up Pie Shop at the Machine Project in Echo Park. I had been so consumed with moving into my new place and unpacking that I haven’t been going out. But I admit, when he said “pie,” I was already sold. 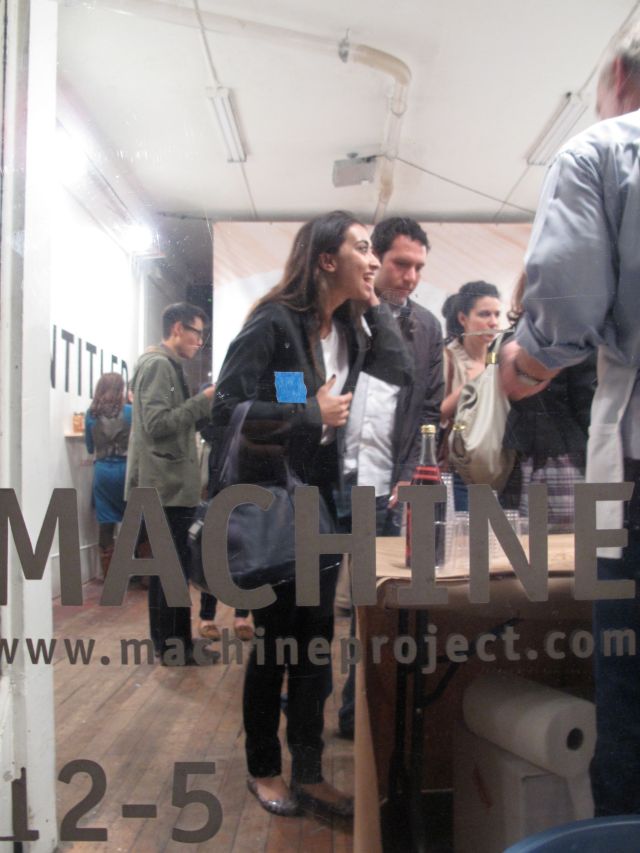 This one-day pie tasting was an event where proceeds went to the Los Angeles Food Bank when you purchase a put-it-together pie set. The timing was great because it was right before Thanksgiving and the temperature in LA started to drop a few degrees — it started to feel like pie season! 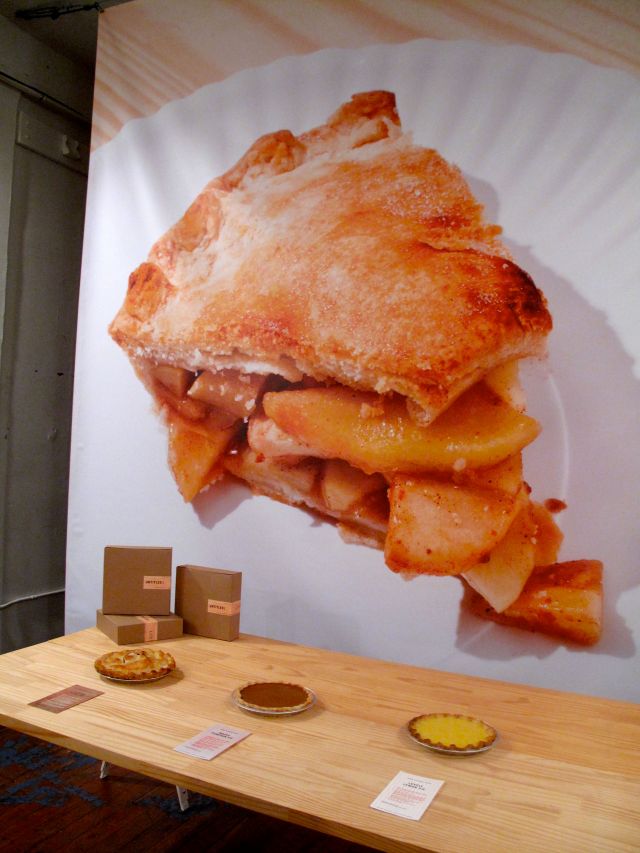 They served up pumpkin, apple, and lemon pies. Below is the the “pie director,” Sarah Williams. People were running fresh pies out of the oven to Sarah as I took this photo.

If you bought a pie, you got a jar of your choice of filling and a crust in a box. Put it together, then put it in the oven and before you know you it, you have your very own pie. I admit, I thought the packaging was very cute and clever… and simple!

My favorite was the pumpkin pie. The flavors were subtle – after the initial pumpkin flavor, I could taste a hint of  maple coming through. Plus, the crust was just right – flaky  and buttery.

This Pop-up Pie Shop lasted just a day but it doesn’t mean you can’t have your own pop-up dessert gathering this winter season. Myself and some colleagues are planning a bake-off at work and I plan on having a cookie baking day next week! If all works out, I’ll be posting some photos from those events soon.