My apologies for the back-to-back donut posts but when I kept looking at that close-up donut photo in the last post, it reminded me of the day my friends and I gathered on National Donut Day to watch public TV’s Huell Howser when he went to Stan’s Donuts.

Recently, I went to Stan’s Donuts in Westwood with my food loving friends, Gregory and Emily. Stan’s has been open for over 40 years and is a favorite of Huell Howser. They even have a donut named after him called “The Huell.” 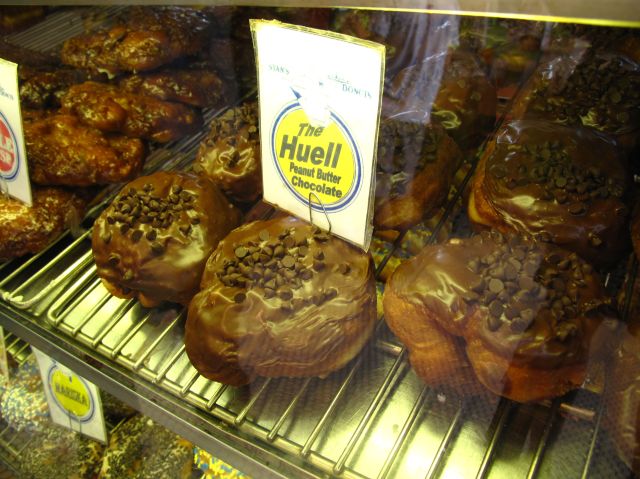 When you watch the entire episode where Stan’s was featured, they show you how they make this chocolate and peanut butter donut onsite. At first bite, the donut is soft and the icing is creamy. The best part of about this donut is the creamy peanut butter that hits you as you take that second bite of the donut. 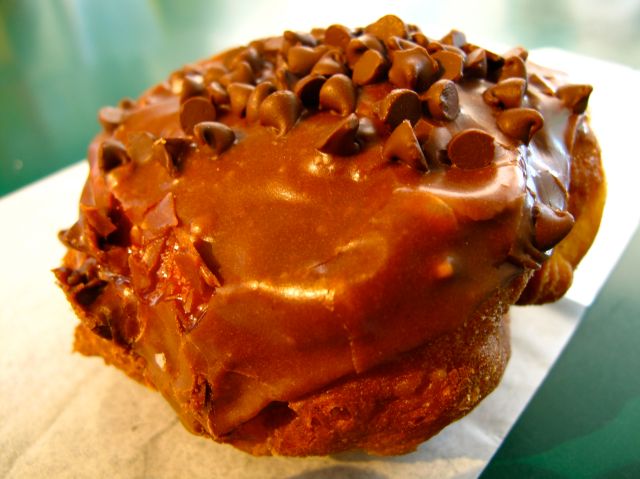 This is a rich donut and I admit I couldn’t finish it. Next time, I’ll be sure to split it with someone. I can now see why this is Huell Howser’s favorite donut.

By the way, they also have a donut named after The Simpsons. Why? Apparently, they were the official donut makers for Fox when the movie came out and they were sending donuts to various people to promote the film. Don’t you think this is a donut that Homer would definitely take a bite of? 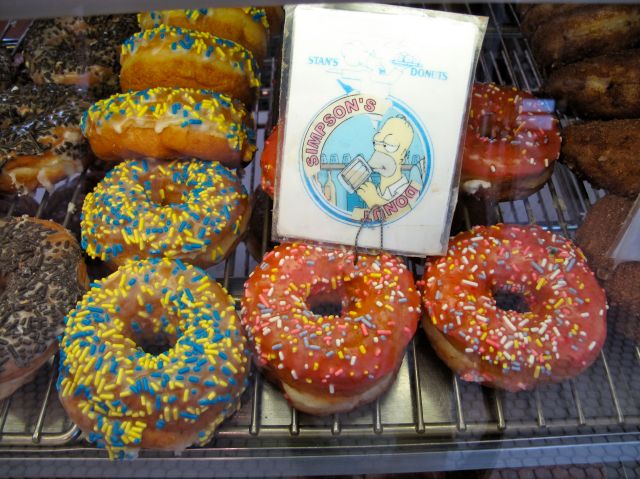